JP Claussen and Ruthina Malone were re-elected to the Iowa City Community School District Board of Directors. Jayne Finch and Maka Pilcher-Hayek were both elected for their first terms on the board.

The other candidates for the three four-year terms on the board were Krista Burrus and Sheila Pinter.

This election will be Claussen and Malone’s second term on the board after being previously elected in 2017. Jayne Finch will serve her first four-year term. Pilcher-Hayek ran unopposed to fill a two-year vacant board position.

Finch replaces Janet Godwin on the board, who was elected in 2017 and did not stand for re-election.

JP Claussen, 48, said he felt validated by his re-election.

“It feels like the community is behind the direction the board is taking,” Claussen said. “It puts wind in your sails.”

Claussen said he was satisfied with the participation. The Johnson County Auditor’s office’s final 8 p.m. turnout was 14.38 percent.

“It was pretty high, which was great,” he said. “I didn’t know if it would be that high. “

At the start of his second term, Claussen said he hoped to continue the work done by the board.

“Keep up the work we are doing, especially the work on diversity, equity and inclusion,” Claussen said. “Keep us moving in the right direction and build on the work we have done over the past four years. “

Prior to serving on the board, Claussen was a special education teacher at Iowa City West High School and was involved with the Iowa City Teachers Union for four years. Claussen and his wife, Alice, live in Coralville and have three children.

Claussen currently teaches at Circle School as an educator in the Inpatient Child and Adolescent Psychiatric Unit at the University of Iowa Health Care.

Ruthina Malone, 45, the current vice-president of the school board, said she was proud to be able to continue working on the board.

“I am honored that the community trusts me enough to make me come back for another four years,” she said.

Malone added that she was happy with the commitment to this election.

“I’m always happy that people come out and make their voices heard,” said Malone. “I wish more people took advantage of this opportunity, but with what we’re seeing tonight I’m glad people are stepping up.”

For her second term, Malone also said she plans to continue working on the district’s diversity and inclusion plan.

“To come back there to continue the work on our diversity, equity and inclusion plan,” said Malone. “Make sure we hire great teachers from a variety of backgrounds, but we find a way to keep retaining them. “

Malone has attempted to fill the gap in opportunities among historically marginalized students by providing a solid foundation for students, whether they choose to enter the workforce right after school or go to college or into a trade school.

In addition to serving on the Board of Trustees, Malone has worked for UI since 2003, and she currently works as an administrator with the College of Liberal Arts and Sciences. She oversees the administrative and financial needs of the Department of Sociology and the Department of Psychological and Brain Sciences.

Malone lives in Iowa City with her husband, Malone Malone, who is a teacher in the Iowa City School District. Their daughter previously attended the district school.

Nichole Griffith, 36, said she voted for Malone and Claussen because she was happy with the recent functioning of the school board.

“I voted for the top three thanks to the advice of two of my friends,” Griffith said. “One of them mentioned something about being data driven and I have a background in data, so they seemed to have some good ideas.” 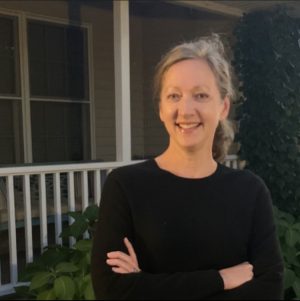 Jayne Finch, 50, will be serving her first term on the board after running for a four-year role. Pinson said The Iowan Daily prior to the election that its main priorities were maintaining quality classroom instruction and integrating socio-emotional learning and mental health support for students.

Finch said Tuesday evening that she felt overwhelmed by the support of the community and that she represents all students and families as part of her role on the board.

“I would like to continue to work with our board of directors in a way that continues to benefit the students and teachers in our district,” said Finch. “I want to have an impact on the disparities in discipline and achievement. “

Finch, a medical assistant at the Veterans Medical Center, told her campaign site that as chair of the school district’s equity and advisory committee, she sought to raise the voice of students and invited students to take leadership positions on the committee.

She said the experience helped inspire her to serve on the school district board.

Finch and her husband live in Coralville and their sons attend Iowa City West High School. 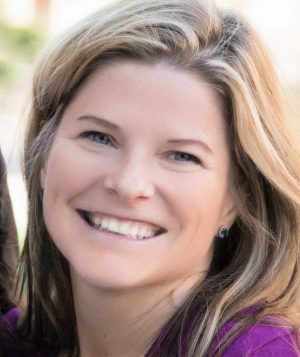 Maka Pilcher-Hayek, 45, will serve her first term on the board after running unopposed for a two-year vacancy previously held by former school board member Paul Roesler, of whom Pilcher-Hayek headed the board. campaign.

Pilcher-Hayek said on Tuesday evening that she was excited about this next step in her commitment to public education. Her primary goals this term are to continue to support a variety of students’ social and emotional needs, especially during difficult times.

She added that she would advise increasing mental health resources and ensuring the district meets the needs of students with individual education plans.

Pilcher-Hayek has three children in the school district and is a lawyer and co-chair of the Districtwide Parents Organization. She has also served on the School District Diversity Equity and Inclusion Plan Committee, the School Climate Action Task Force and the School Improvement Advisory Committee.

Alexander Feller, 20, said he voted Tuesday as the newest resident of Iowa.

“I was just picking and choosing and guessing,” he said. “So no real strategy, I guess.”

Krista Burrus, 41, lost with 4,479 votes on Tuesday. Burrus’ top priority was to ensure students are prepared for life outside of school and to focus on increasing the number of students in the Iowa City School District on track to succeed. Prepare for college and career on the K-12 continuum.

Burrus said that while she was disappointed with the result, she knows the winners will do well on the board.

“I am disappointed with the result but very grateful for the experience,” said Burrus. “I think our district is in good hands. I wish everyone on the board the best and I think they will do a great job. “

Sheila Pinter, 52, said she was disappointed with her loss with 2,981 votes but is considering running for re-election to the board in the future.

“I am of course disappointed, but I think we have received a lot of messages about the improvements to be made in the district,” said Pinter. “And I had worked with the district before, and there is absolutely no reason for me to stop my work. In fact, I will continue to amplify it.

Previous Kenya McKnight-Ahad: “She’s smart; she is engaged. … She is a fighter.
Next Here is an overview of the business news from the Mahoning Valley

While hospitalizations have remained largely stable in Chicago in recent weeks, it looks like the …