The number of Kenyan businessmen joining the enviable list of billionaires continues to grow, with the majority making their fortunes in various sectors of the economy.

The list involves a who-is-who across the gap with similar names appearing multiple times. Others, however, may not be easy to spot.

Business tycoon Manu Chandaria is no stranger to success as he has earned billions in his career and built a business empire like no other. The businessman is credited with starting Comcraft Group, which has since grown from a single unit to branches in more than 40 countries.

Unknown to many, Manu’s older brother, Keshav, also established himself in the manufacturing industry. The Indian native has also set up manufacturing plants locally, in Rwanda, Bujumbura, Congo and South Africa.

He is also renowned for his philanthropic nature, working with the Rotary Club of Toronto, Canada to distribute wheelchairs in Africa and India, cancer supplies in South America as well as dental supplies in his native country in mumbai.

Arguably, one of the families that should be placed in the annals of history for their contribution to the education sector, the Gachukias have seemingly done it all.

Professor Eddah Gachukia, alongside her husband, Daniel Gachukia, founded the Riara Group of Schools in 1974, which has since blossomed into a prestigious institution consisting of kindergartens, primary schools, secondary schools and universities.

Their daughter, Suzanne, is the CEO of her own music label, Sub-Sahara Limited. After studying music in the United States of America, Suzanne then formed a trio, Zanazziki. She is married to Kenya‘s Ambassador to Ireland, Richard Opembe.

The Popats’ business empire dates back to the 1930s with their patriarch, Charthubhai Popat, opening a hardware store next to Nairobi railway station. Currently, the family is credited with several businesses including the prestigious hotel Villa Rosa Kempinski.

She worked as a model for the iconic French luxury brand, Christian Dior, before joining the Kenyan Embassy in Paris, as a tourist liaison officer. She also has interests in several businesses, including Westlands Bollywood Casino.

Apart from politics, the family of former Kiambu Governor William Kabogo is known for its glitzy lifestyle. In a previous interview on K24, he detailed his source of wealth; linking him to a car import business started in the 1990s and supplying goods to local supermarkets.

“I remember my last shipment of cars from Japan to here was a whole ship with 175 cars. So if you make Ksh 100,000 per car, how much does it cost? A lot of money,” he said. he revealed at the time.

The former governor is the son-in-law of wealthy businessman and politician Harun Mwau. Mwau’s political tenure dates back to the 1990s when he ran for the presidential seat in 1992 in a Party of Independent Candidates of Kenya (PICK).

Prior to entering politics, Mwau was an avid sports athlete, having competed in the 1968 and 1972 Summer Olympics. 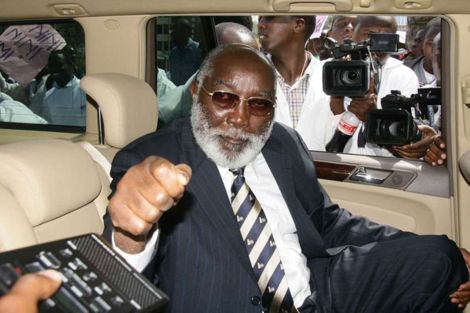 It’s no secret that President Uhuru Kenyatta’s family is among the wealthiest in the country – Oxfam International’s recent report ranked them fourth with a net worth of Ksh60 billion ($530 million). .

However, in 2020, it was discovered that the cousin of the Head of State had taken stakes in three companies linked to a multinational betting company.

Peter Kihanya Muiruri lives a reclusive life, away from the glare of the media, with its minor details about his background and upbringing.

Previous ‘We can stop sinking’: Lawmakers celebrate anniversary of Illinois breakup with payday loans
Next River Ridge, Univ. of Lynchburg team up for Community Health Fair