Registrar allows 38 Kenyans to run for president as independents

Bradley J. Bridges May 1, 2022 Kenya Comments Off on Registrar allows 38 Kenyans to run for president as independents 5 Views

With just 100 days left until the August 9 general election, Registrar of Political Parties, Anne Nderitu, has confirmed that the presidential race is more crowded than reported by the media.

Speaking in an interview with local media on Sunday May 1, Nderitu announced that a total of 38 candidates had applied and been allowed to join the race as independents.

She explained that the people, who will run alongside party candidates, including former Prime Minister Raila Odinga and Vice President William Ruto, had received certificates qualifying them as independent candidates.

“I may not have the names but as of this morning about 38 of them. We don’t know if they are all serious or if it is trial and error.

“Provided someone meets the basic application requirements, you give them permission,” Nderitu said.

Candidates will, however, need to be cleared by the Independent Electoral and Boundaries Commission (IEBC), through President Wafula Chebukati, who is the returning officer for the presidential election.

According to the Constitution, an individual qualifies as a presidential candidate by possessing a valid Kenyan identity card and fulfills the same requirements to become a Member of Parliament.

The law also provides that an individual must be nominated by at least two thousand voters from at least 24 counties each.

The IEBC also requires that all aspirants hold a degree from a recognized university and must not be a public officer or serve in any state of public office other than President, Vice President or Member of Parliament.

“Establish and maintain a functional office in the respective electoral district where the candidate is running, which must be available for inspection by the Commission at least 45 days before the elections. The address, including the physical address of the office, must be communicated to the Commission,” asks the IEBC.

The race for the State House has accelerated in recent months, with the Mount Kenya region seen as the deciding vote for the presidency.

Apart from Raila and Ruto, other prominent party candidates include Jimi Wanjigi of the Safina party, Mwangi Wa Iria of the Usawa party and Roots presidential candidate Prof. George Wajackoyah. 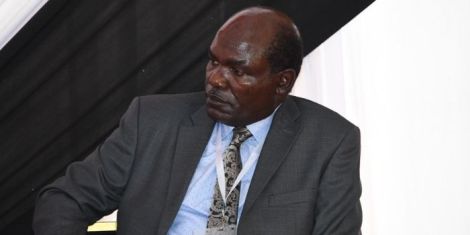