Lack of clinical training, misconceptions about HIV are barriers to PrEP in the South

It’s hard not to notice the angels hovering behind Scott Pridgen’s head as he speaks – painted by local artist Lenny Addorisio. They are a sort of metaphor for this man who has spent the last 35 years tirelessly advocating for people in need, and in particular for healthcare and housing for people living with HIV/AIDS. Most of those years have been in Key West, where Pridgen serves as executive director of AH Monroe, where he’s worn just about every hat in the agency since getting involved, first as a volunteer in 1996.

“Just to see in someone’s face when you find them a home, whether it’s a linear move or for those who are homeless or have been homeless for a while and struggling” , he said of his position as a housing case manager in 2006. . “To bring them to this place and see them succeed, it was so rewarding.”

The housing crisis in Key West can be overwhelming for anyone, but even more so for those with health issues that cripple their finances and their ability to work and function on a daily basis. AH Monroe tackles this problem by recognizing that “housing is care,” thoughtfully linking the two together.

“We want an HIV-free generation; that’s our goal. And the way we do that is through health, ensuring that people living with HIV adhere to care,” he said. “Without housing, it’s much harder to achieve any health goal, or any goal for that matter.”

If that citizen spotlight seems to be shining more on the agency than the man, it’s probably because Pridgen is still humble and 100% dedicated to the AH mission. His pragmatism, calm demeanor and general warmth aligns with the sense of refuge he seeks to offer, something his predecessors established in 1989.

If you arrived on the island between the late 80s and 2011, you may know that “AH” was the acronym and parent name of AIDS Help Inc. and that its mission and services were entirely dedicated.

“There was and still is a lot of stigma associated with HIV and AIDS, but it was a big stigma where housing was denied if you had HIV or AIDS,” Pridgen said. “We want to think we’ve always been one human family, but we have discrimination here, we have prejudice, we have racism, we have stigma, just like any other community.”

“When people were literally dying of AIDS in Key West, a lot of hospitals and hospices wouldn’t accept them,” Pridgen said of the original 16 cottages on the agency-owned property. “We had a place to put them.”

This was partly thanks to the support of the Royal Fantasy Fest campaigns, which began in 1989 at the height of the AIDS epidemic. Contestants work tirelessly to raise funds in the eight weeks leading up to Fantasy Fest. The top two fundraisers are crowned king and queen of Fantasy Fest. (See page 4.)

“In the beginning, that’s where the royal campaign money was going – to give someone a place to die with dignity, because AIDS equaled death in those days.”

But as medicine and technology improved the lives of people living with HIV/AIDS, AH was “still in the old playbook,” Pridgen said.

“Our whole roadmap and our mission was solely related to HIV/AIDS. Anyone who walked through the door was immediately asked, “Do you have HIV/AIDS?” Oh, you haven’t? Sorry, we cannot help you. You will have to find out. Or ‘You must have HIV/AIDS to live here. You must be dying for us to help you. It was horrible.”

The year Pridgen became manager in 2011, AH built Royal Poinciana, a 50-unit property that includes a gym. But only 25 customers moved in when it opened. Management and the board scratched their heads and sent out a survey. They found that the main reason clients didn’t want to live there was that they didn’t want to be defined by their illness.

“In fact, we were adding as much to the stigma as we were trying to remove it. It was such an eye opener for us,” Pridgen said.

By expanding eligibility to low-income people, people with disabilities, seniors, homeless people, and veterans, and reaching out to other nonprofits to spread the word, AH quickly filled the space. The infusion of diversity resulted in less depression, more community engagement, and greater participation in their own care for most of the HIV-positive clients living there.

Today, AH Monroe could mean aid for AIDS, accessible health care or affordable housing, depending on the services sought and provided.

“Anyone who lives in one of our five properties, regardless of their HIV status, has access to medical case management and all the services that anyone living with HIV receives,” Pridgen said.

Hurricane Irma provided the impetus for another change within the agency with the addition of their resource identification program – case management for people who had no connection to the agency. The program is still in place and especially critical during crises like COVID and the recent Hurricane Ian, allowing multiple Monroe County nonprofits to collaborate and meet needs.

“It was such an eye-opener of how we’re all one step away from homelessness, how we’re only a microsecond away from losing it all – and being no different from the guy who has slept on the corner all his life.”

It was also a signal to redirect funds from the King and Queen of Fantasy Fest’s campaign so the next beneficiary — the nonprofit Florida Keys SPCA — could expand its own initiatives.

“Every time a former royal or someone who’s worked on a campaign walks past one of our properties, they can say ‘I built this,'” Pridgen said of the 32 years of royal campaigning which raised a total of $5.3 million. “It’s their legacy.”

He also does not hesitate to recognize the part of the community in the overall success of the agency. It recognizes the dedication of its staff and the power of collaboration with other nonprofit organizations and solidarity businesses.

“I’m proud of the agency, how far it’s come and how the community built it. This agency – every square inch of it – was built by the community. Now it’s our job as stewards of the community to provide the services they need.

When he’s not helping someone find a home, he’s out in the sun with his partner, paddle boarding, hiking and biking.

Cheer on Pridgen during his SMART Ride Nov. 18-19, a two-day pedal ride from Miami to the AIDS Memorial in Key West that donates all funds raised to those infected, affected, or at risk of HIV/AIDS in Florida. 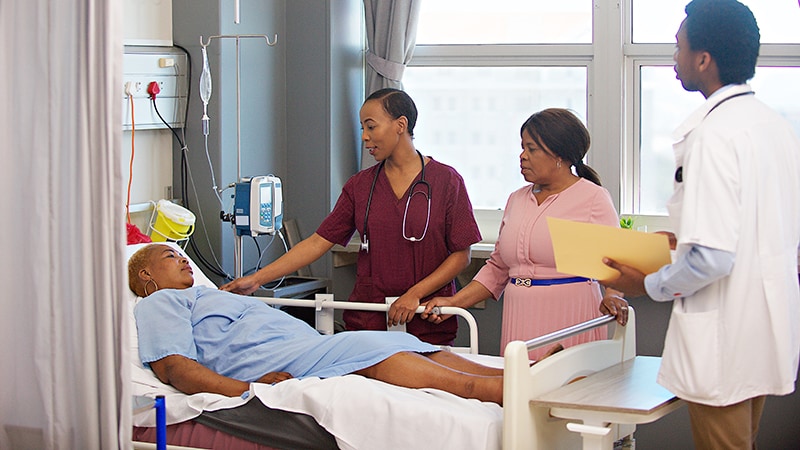 WASHINGTON, DC – The life expectancy of HIV-infected non-Hispanic black men who have sex with …